All About Rubies Quiz 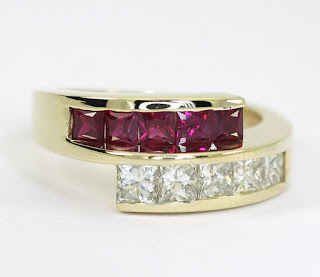 Think you know rubies?  Test your knowledge of July’s birthstone with our quiz! Answers are at the end, but don’t peek!
Ruby quiz answers:

Posted by Adina Jewelers at 2:06 PM No comments: